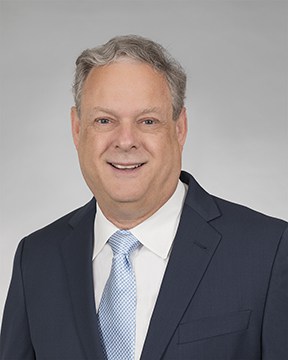 Scott Warren specializes in the organization and operation of direct sales and network marketing companies, with an emphasis on regulatory compliance. Mr. Warren has counseled companies and distributors throughout the world on the day-to-day legal challenges facing companies in the direct sales/network marketing area. Mr. Warren has testified on network marketing issues on behalf of the United States Department of Justice in criminal cases, as well as for companies throughout the United States. Mr. Warren has successfully negotiated, on behalf of his clients, with over 20 different state attorneys general offices throughout the United States. He has also litigated and negotiated matters successfully with the Federal Trade Commission. Mr. Warren frequently works with PROFECO (the Government of Mexico’s Consumer Protection service) to provide better assistance to his clients in their smooth expansion into Mexico.

Mr. Warren is the author of “Network Marketing and You: Legal Issues in Network Marketing.” He has also co-authored another book with recognized industry expert Rod Cook detailing network marketing legal issues in all 50 states. Mr. Warren has been a featured speaker with the Multi-Level Marketing International Association and the Direct Sales Association.

Mr. Warren has been practicing law since 1993, with an emphasis on the Direct Sales/Network Marketing industry since 1995. Prior to his involvement with the MLM industry, Mr. Warren worked for many years in the area of contract law, both as an attorney and as an Outside Manufacturing Subcontract Specialist with McDonnell Douglas Space Systems.

Mr. Warren believes in building long-term relationships with his clients and ensuring their legal needs are met. In this way, his clients can spend less time worrying about legal issues and more time focusing on important matters such as sales, marketing, and the day-to-day operations of their business.

In his spare time, Mr. Warren can be found on the ice rink with his family, supporting his children’s hockey teams.

I hear more and more from companies wanting to enter the Chinese market. Companies see the vast population and look at China as a new frontier. Unfortunately for the multi-level marketer, that frontier is mostly closed. China as a general rule is not multi-level marketing friendly.

I receive many calls weekly from people wanting to start up a new MLM company. They come with the typical claims of how they are different from everyone else, and that they will be the greatest and biggest MLM company of all time.

Scott Warren2020-06-02T17:04:14-07:00February 5th, 2013|Comments Off on How to tell the difference between a legitimate multi-level marketing/network marketing company and an illegal pyramid scheme

Let me begin this discussion with an evaluation of the two entities with comparisons and contrasts as approached from the standpoint of a consumer and then follow it up with a discussion of how a company can prevent itself from falling into the pyramid scheme trap.